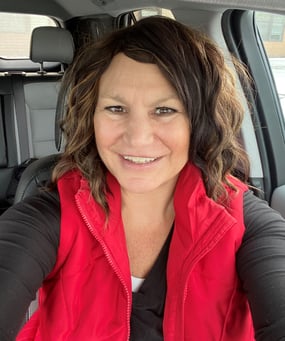 Beginning in October 2021, we featured a series of blog posts about Janet Simpson, Vice President of Operations for WesleyLife, and her diagnosis with triple-negative breast cancer, an aggressive form of the disease. Her story drew attention from near and far, generating a large following.

So, in honor of World Cancer Day, we thought we'd provide an update on Janet's journey!

On Tuesday, January 11, Janet was in the middle of a Zoom call about designs for a new WesleyLife project when her cell phone rang. She recognized the number of one of her doctors, and she knew the news that was about to be delivered would determine the next phase of her life.

"I knew I was at a fork in the road -- I had just had an MRI to check on the progress of the treatment I had been having, and I was about to find out either the chemotherapy had worked or hadn't worked, and whether I could go ahead with surgery," she says.

The news could not have been better. Janet learned that the chemotherapy she had been receiving since the previous summer -- strong cocktails of medications that had decimated her immune system and made her ill for months -- had done its job.

The cancer, an aggressive and formidable opponent, was entirely gone. And in equally wonderful news: Her sentinel lymph node -- the one closest to the tumor -- showed no signs of involvement, meaning the cancer had not spread.

"We celebrated with a huge meal from Biaggi's -- appetizers and dessert, too!" Janet recalls with a laugh. "I was in a food coma and happily went to bed. I can't recall a time I had felt more relieved or more grateful."

Janet's carrying that attitude into next week, when the second phase of her journey will begin. She'll undergo surgery Monday to remove her breast tissue, an operation called a bilateral mastectomy. The procedure, which necessitates a recovery period of several weeks and will be followed by reconstruction, is designed to lessen the chance of the cancer's recurrence down the road to less than 5 percent. 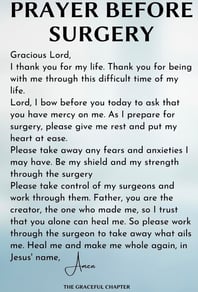 "No one ever looks forward to surgery, but I'm happy to be moving on to this next phase," she says. "When I first started chemo, it seemed like this part of the process was so far down the road. I know it won't be easy, but it's another step toward being healthy!"

Janet credits the support of family members, friends, her work family, and her faith for getting her through one of the most challenging phases of her life.

"Between my husband and sons and siblings and friends -- old ones and newer ones -- and the support of everyone at WesleyLife, I couldn't believe the outpouring of prayers and well-wishes," she says. "I've been so humbled all along by the support I've received.

"It seems like every day, there would be a text or a card or a message from someone telling me they were praying for me, or they had some good news to share about someone with cancer who had done well. That kindness has meant more to me than anyone will ever know."

She also credits the online community she became a part of when she was diagnosed, as well as supportive services designed to help people with cancer navigate the logistics and side effects of treatment and the emotions that can go along with life-altering diagnosis.

Finally, she's thankful for early detection, and for compassionate and skilled medical providers. 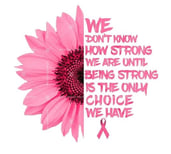 "I probably won't ever assume I'm totally out of the woods, but I'm hopeful and grateful and all those good things," she says. "I think that for the rest of my life, I'll be committed to 'paying forward' all the kindness that people have shown to me."

Health, well-being and cancer: caring for yourself during the fight
Read
WesleyLife At Home: Services Wherever, Whenever!
Read