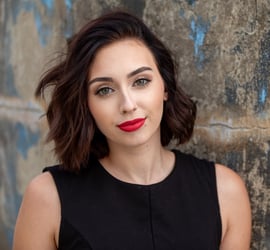 When Molly McDonough was planning the ways she'd spend her time before her senior year of study at Drake University in Des Moines, moving into a Community for Healthy Living where other residents are at least three times her age was not on her list.

But last week, she settled her belongings — and her cats, Almond and Frank -- into Wesley Acres, where she’ll spend the summer and the fall semester as part of an immersive intergenerational experience designed to benefit her as well as the community’s hundreds of residents.

“Studies have shown that spending time with people of all ages is beneficial to everyone, and for older adults, especially, interacting consistently with people who are younger can help them live more meaningful — and actually longer — lives,” Damon Buskohl, executive director of Wesley Acres, says. “We’re thrilled to have Molly here as part of the Wesley Acres family.”

In conjunction with a celebration of WesleyLife’s 75th year as well as a $25 million redevelopment of Wesley Acres to enhance its connection to the Des Moines community, the organization leveraged its longtime relationship with Drake to initiate the pilot intergenerational project.

University leaders were asked to identify a student who would appreciate free room and board the summer and fall semester, but who would also want to become a contributing member of the community.

“Because we were specifically looking for a fine-arts student who could serve as an artist-in-residence during their time here, we reached out to Drake’s school of music and asked professors to screen students who might be interested,” Buskohl says.

“The initial screening resulted in some good candidates, but Drake felt Molly would be the best fit, and when our resident council interviewed her, they could not have agreed more.” 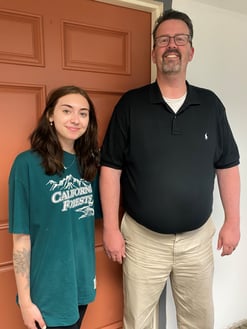 In return for room and board, meals, and any other amenity afforded to a Wesley Acres resident, McDonough, a vocal music performance major, will perform weekly for residents and members of the greater community.

“She’ll literally be singing for her supper!” Buskohl says. “Our plans for the redevelopment of the Chamberlain Mansion, the centerpiece of our campus, call for beautiful indoor and outdoor performance spaces, and later this summer, we’re looking forward to Molly being the featured performer there for concerts, sing-alongs, and bringing people together through the arts.”

McDonough, a Cedar Rapids native, says while she could not have imagined an apartment in Wesley Acres as her living accommodation for her senior year, she could not be happier to help pilot this intergenerational project.

“I’m kind of an ‘old soul’ who really enjoys being around older people, and this seemed like a natural fit for me,” McDonough says. “But already, from just being in the community a couple of times, I can tell this does not fit the stereotype of ‘senior living.’ People there go skydiving and do all kinds of things!

“I’m sure I’m in for a lot of fun and I hope to make a lot of friends there. I’m also hoping to spread the word that younger and older people are just not that different from one another.”